And it's Break Time

As the title says.

Lately, I've been arriving to blog work late and unprepared--more unprepared than usual, that is. When I'm on a roll, I've at least thought about my posts ahead of time. When I'm really on a roll, I've put some ideas down on virtual paper. When I start writing about visits from Mauritius, and then turn up a week later having done no thinking whatsoever about the blog (except for the idea of taking a break), it's time to take a break.

This summer has been a bit crazier than summers past, I think. We are a one-car family with four people, so juggling cars and coordinating departure times, and drop-off times, and pick-up times and who needs to be where when has been a pain. I'm in the midst of a WiP (~26,000 words so far, which is good, but it's still not entirely sure what it wants to be), I'm on submission, and I've been trying to handle two sets of responsibilities at one job since May.

Yeah, it seems like a good time for a break.

I'll still be around, checking out other blogs, and I suppose if I find something that I just can't resist writing about, I will (almost guaranteed, right?), but I expect to be taking pretty much all of August off. By the time September rolls around, the Catbird will be back in college, I'll have a new boss who should be pretty well settled in, I should be past the dread middle stage of my WiP, and who knows what else. Until then, see you around, and enjoy the rest of your summer. 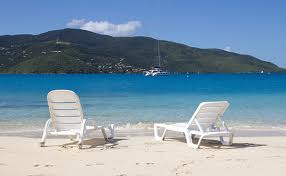 Posted by JeffO at 7:12 AM 7 comments: Links to this post