It seems like almost every movie that includes some sort of battle--be it epic fantasy, war, even a sports film--features a scene in which Our Heroes prepare for the coming fight. We see Our Heroes gearing up for battle: sharpening swords, fletching arrows, shining armor, taping up sticks, lacing up the cleats, all while looking strong and determined and ready to carry the day. You've probably seen it so many times you don't even think about it!

Some time this week, maybe as early as tonight, I will step into the fray and fire my opening salvo in my latest battle to break into the world of the published. It will be a long fight, with many battles. How have I been preparing myself for this battle?

The manuscript: Like the armor Our Heroes wear, this has been polished to a high shine. Holes have been patched and repaired. Excessive bits that add unnecessary weight or could get in the way have been trimmed and removed. (Of course, me being me, i.e., a writer, just yesterday I thought of something I could easily add somewhere in the first thirty pages of the manuscript that would add just the right touch to the scene. This could go on forever.)

The query: Like the unending supply of arrows Legolas fires into unending legions of Orcs, my query is straight to the point.

The list: There are thousands of literary agents out there in the world. As of right now, I have over 150 on my list that could be a match. Almost every day, I learn of a new one. Good thing I have a Quiver of Endless Arrows!

Synopsis: What can be harder than boiling your story down into a 250-word query? A synopsis! It doesn't seem right, but the query letter is really just the hook--WHO is the protagonist, WHAT is her problem, WHAT happens if she doesn't solve it? The query needs to make the agent want to read. The synopsis, on the other hand, is the condensed version of the whole book, a reduced outline. I have somehow managed to create a single-page synopsis for my nearly 400-page manuscript, in case anyone asks. And speaking of things agents ask for:

Excerpts: Some agents ask for the first five pages of your manuscript when you query. Some want to see the first ten. Some want thirty, some want fifty. Some want 'the first few chapters.' Some agents want sample pages embedded in the e-mail, others want them attached as a word or pdf. To prepare for any and all eventualities, I have created multiple files with titles like PROJECT NAME--10, PROJECT NAME--20, etc. That way, I can just grab the right file whenever needed instead of having to go back into the massive manuscript and cutting and pasting (every time I select a large block of text in my manuscript, I have the near-paralyzing fear I'm going to inadvertently delete it all and not be able to get it back). 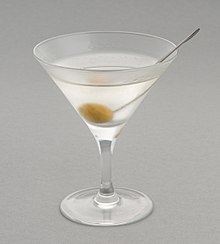 And finally: Something to help me forget I'm querying.

So, that's it,  that's how I've prepared myself for this latest round of the publishing wars. Many of you have elected to skip this step in favor of doing it yourselves. For anyone out there who reads this blog that isn't self-publishing, are there any items in your arsenal that aren't in mine? How do you prepare yourself for this battle?