Three (!) years ago, I wrote a piece here called The Second Week Blues, in which I chronicled how The Magpie had done great at school for the first week plus, then hit a bump. What I didn't tell you is that there was more to the story. Yes, she had picked up a nasty computer virus which kept her up late into the night, but around the same time, there was something else that kept her up all night as well. And I woke up early (as I tend to do) on a weekend morning and found a message on the answering machine from her, a very unhappy message that was left after a very unhappy incident involving one of her suite-mates that pulled The Magpie in because the walls are thin in those dorms. 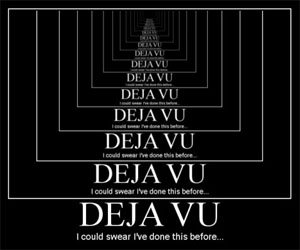 Flash forward three years. Yesterday morning it was The Catbird leaving an early-morning message, again due to an incident involving a dorm-mate that began around 3 a.m. and left her a little shaken. The good news is no one was hurt as far as I can tell. Alcohol was involved in this case, as it was in the incident in The Magpie's dorm 3 years ago, as it is in so many things that go wrong on college campuses these days. How this one will play out remains to be seen, but it raises a question: How do you know the difference between being homesick and knowing that a place is not for you? (This is not The Catbird's question; despite the incident, she's still pretty solid)


The person in the incident in The Catbird's dorm has a very bad case of homesickness and has declared her intention to leave school. My wife and I are in agreement here: one week is not enough to know (in most cases, at least); you need to give it more time. But how long is long enough? How much time do you need to power through to the other side? At what point do you go from saying, "Give it more time, you'll get over it" to "Okay, come on home"? Everyone is different, so the answer will vary for each person, but it IS a good question, an important question. Some people are not ready for life away from home at 18, and some people are not suited for every place. I do not envy this person, or her parents. Withdrawing from a college is a big decision, one that should not be made lightly, and I hope they make the right decision.


And now, music. Something melancholy, I think, given the mood.


Finally, I should point out that Agent Carrie is once more open to submissions for her Query Critique Contest! If you've got a query ready to go, check out her blog and find out how to enter, and then check back to critique the query when it's posted. Critiquing queries is a great way to hone your own skills at writing those oh-so-difficult beasts that are oh-so-necessary.

That's it, have a great week!