I saw this article on the web yesterday or the day before, I can't remember which. If you don't feel like reading it, here's the long and the short of it: a variety of school districts in America have been taking advantage of a Pentagon program to stock up on surplus military equipment, though not all are happy. The Los Angeles Unified School District, for example, decided to return 3 grenade launchers; they are keeping the 60 M16 assault rifles and the armored personnel carrier. Turns out that school districts in a variety of places across the country have outfitted their police forces with spare weaponry from the US government. 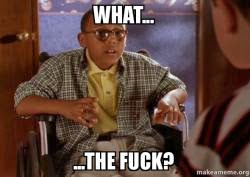 First off, let me say that I didn't even know school districts had their own police forces. Maybe this is a product of where and when I went to school. Compared to where the Catbird is going, my school district was huge, with 8 or 9 elementary schools and 3 high schools. That is tiny, though, when compared to New York City or Los Angeles. Those school districts are like a city unto themselves, and I suppose they need their own security people--but police armed with assault weapons and grenade launchers? It just feels all wrong to me.

We're living in an ever-increasingly-armed world. Do we need to be outfitting school cops with automatic weapons and grenade launchers? Officials at these schools say they're doing it to deal with "the worst case scenario." Said one official, the weapons are "something we need given the current situation we face in our nation." What situation? Yes, we have situations where kids will sometimes go on rampages in schools. They are terrible, terrible things, but they're not a recent invention, though they are getting worse in scale. But is the solution really to dump more weapons into the system?

And here's the other thing: we already have law enforcement. We have county and city and state police. We have paramilitary SWAT teams who are trained for this sort of thing. Obviously, school police forces would be trained, but I have to say I think I a SWAT team a bit more, know what I mean? And unless they're posting armed rapid response teams in every school--a move I vehemently oppose; schools are already too much like prisons--there's still going to be lag time between the time an incident begins and the time the forces get into place. Leave it to the pros. Keep the guns and tanks away from the schools.

Regarding the image: If you're a fan of Malcolm in the Middle you'll recognize Stevie Kenarban, Malcolm's very smart friend. The character had severe asthma, which resulted...in him speaking...in...a very halting...way. When I read stories like the one quoted today, I sometimes hear Stevie in my head: "What...the fuck?" It seems appropriate in this case.

Email ThisBlogThis!Share to TwitterShare to FacebookShare to Pinterest
Labels: life in general, The Stevie