Once More, The Chestnut

Hi, all, not much to say here today for a variety of reasons. This being the end of September, with summer officially over as of last week, I thought I'd break out a couple of quick pics from this morning. The American chestnut has survived the summer, and while it didn't do as well as I expected, it did pretty well considering the top 2/3 or more died. You can see from the pictures that we're starting to lose a little color from the leaves now; it's a little behind, considering we're rapidly coming into peak foliage season. Given the fact that it lives in a corrugated plastic tube (to keep it safe from browsing deer, rabbits, etc.), it may actually be a little warmer than the surroundings, and perhaps less stressed, competition wise. 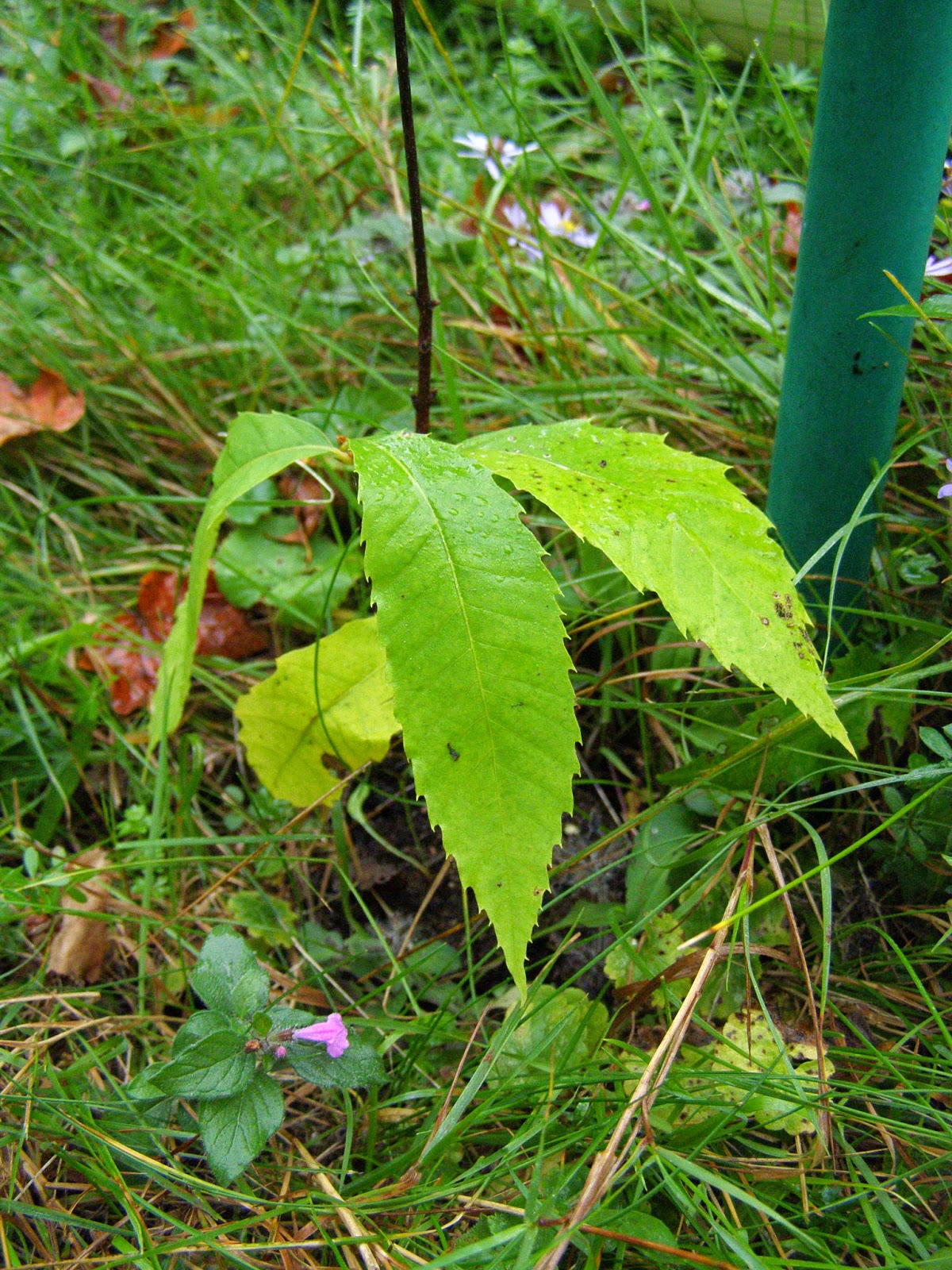 And we'll add another view from another angle: 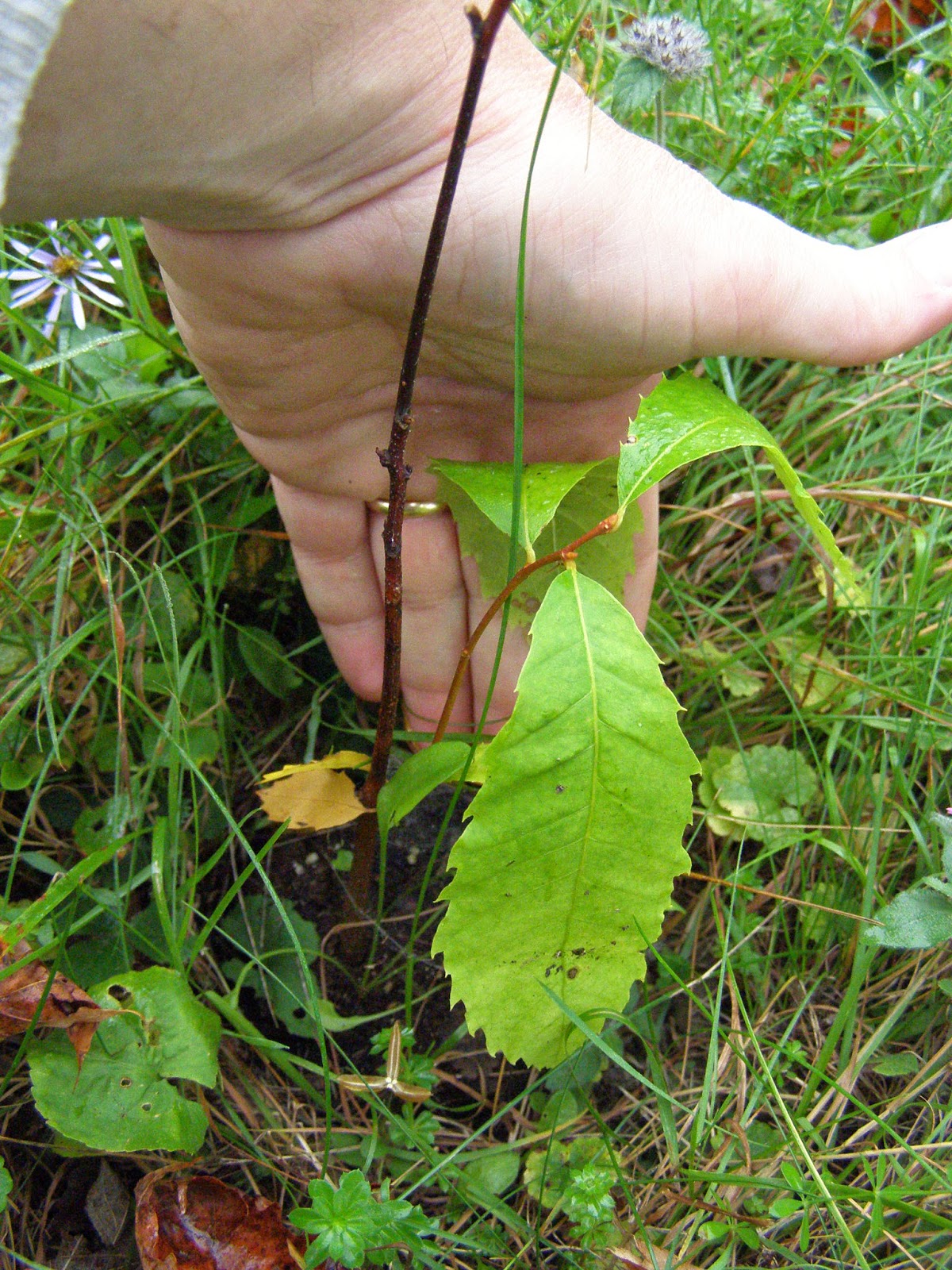 Not bad, eh? The new leader didn't put on a whole lot of length, maybe 4", but again, considering that I had this little tree written off at the end of May, it didn't do so badly, did it?

And now, one other shot that came out surprisingly well:

The web is not particularly large, maybe 6 inches across or so. The spider is that little black dot in the almost center of the web. Quite a difference from the giant one we had on our garage at the end of August--the big ones all seemed to disappear when we had a couple of consecutive nights of temperatures in the mid-30s in early September.

Hope y'all had a nice weekend!

Email ThisBlogThis!Share to TwitterShare to FacebookShare to Pinterest
Labels: chestnut